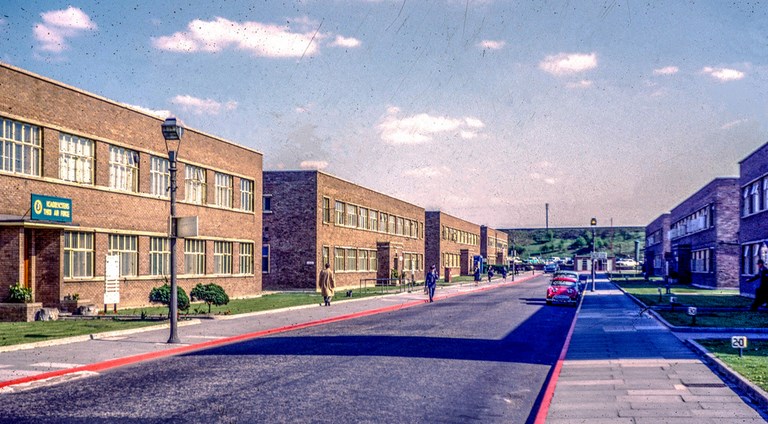 Third Air Force, with headquarters at Royal Air Force Mildenhall, United Kingdom, is one of two numbered air forces in U.S. Air Forces in Europe, and responsible for all U.S. Air Force operations and support activities north of the Alps. As an integral part of America's commitment to the North Atlantic Treaty Organization, Third Air Force's area of responsibility includes missions and personnel in the United Kingdom, Germany, the Netherlands, Norway, Belgium, Denmark, Luxembourg and portions of France.

As Headquarters European Command's "single point of contact" for representing U.S. forces in negotiations with the British government, Third Air Force oversees host nation support agreements for all American military forces based in the United Kingdom. Through the Partnership for Peace program, Third Air Force manages military contact and assistance programs for a number of countries in Eastern Europe. Third Air Force is also responsible for contingency planning and support of American security interests in Africa.

Ramstein Air Base, Germany, is home of the 86th Airlift Wing, equipped with C-130, C-9, C-20 and C-21 aircraft. Other major units at Ramstein include Headquarters U.S. Air Forces in Europe and Headquarters, Allied Air Forces Central Europe. Ramstein oversees support services for the Kaiserslautern Military Community, a 43,000 strong community composed of members of every military service, and one of the largest concentrations of Americans outside the U.S.

The 52nd Fighter Wing at Spangdahlem AB, Germany, is U.S. Air Forces in Europe's only composite wing, composed of two F-16 squadrons, one F-15 squadron and an A-10/OA-10 squadron. Spangdahlem is also responsible for several geographically separated units in Germany, Belgium and the Netherlands.

The 4th Air Support Operations Group is headquartered with U.S. Army Europe's V Corps at Heidelberg, Germany, and provides air liaison officers and enlisted terminal attack controllers to divisions and brigades of V Corps at several sites in Germany, and one in Italy.

With Allied victory in Europe and the end of World War II came the demobilization and withdrawal of all U.S. Air Force units from the United Kingdom. Their absence, however, was short lived. In 1948, in response to the Berlin blockade, the U.S. deployed long-range B-29 strategic bombers to four East Anglian bases. Third Air Division was activated to receive, support and operationally control the B-29 units.

Third Air Division continued to control U.S. Air Force operations in Britain until early 1951, when the growing size and complexity of the American military presence required a larger command and organizational structure that could meet the needs of the increased operations. Two organizations were activated: one to conduct strategic operations, and one to conduct tactical, logistics and support programs.

The first tactical unit to come to England under Third Air Force was the 81st Fighter Bomber Wing based at RAF Bentwaters on Sept. 6, 1951. The next assigned unit was the 20th Fighter Bomber Wing, going to RAF Wethersfield. These F-84 and F-86 jet fighter units worked with Royal Air Force Fighter Command providing air defense for England.

Throughout the 1950s, Strategic Air Command bomber units deployed on a regular rotational basis from the United States to the United Kingdom. The B-47 Stratojet was a familiar sight in the skies over RAF Mildenhall and RAF Upper Heyford at this time, as entire wings deployed on 90-day rotations, Even the massive B-36 deployed to UK bases.

Read more and watch a montage of the Pictures Below

In 1958, the U.S. and UK reached agreement about basing intermediate range Thor missiles, and four strategic missile squadrons deployed to East Anglia. Thor missiles remained in the United Kingdom five years, until 1963, when long range intercontinental ballistic missiles based in the U.S. superseded the intermediate range Thor. Overseas deployment of the Thor was no longer needed.

In June 1972, daily operational control of tactical units in the United Kingdom was transferred to Headquarters U.S. Air Forces in Europe at Ramstein AB, Germany. Third Air Force still retained command of the units, but as a result of the change, the headquarters was reorganized, reduced in personnel strength, and moved to Royal Air Force Mildenhall, United Kingdom.

On April 15, 1986, F-111 aircraft based at RAF Lakenheath and RAF Upper Heyford were launched against suspected terrorist targets in Libya, as part of Operation Eldorado Canyon.

When Iraq invaded Kuwait in August 1990, Third Air Force, like many other U.S. military units, received their trial by fire. However, for Third Air Force, the scenario was not similar to any which had been practiced in the past. Desert Shield and Desert Storm were not classic East-West confrontations in Europe that Third Air Force had been trained for.

Thousands of miles removed from the Kuwait theater of operations, Third Air Force played a major support role, deploying half its combat aircraft, several thousand vehicles, approximately 50,000 tons of munitions, and many more tons of supplies and material. Third Air Force also provided 2,250 hospital beds by activating three of its contingency hospitals and was ready in the event of a large number of casualties were received.

Partnership with our host nation at this time could not have been more evident. In virtually every activity, expeditious cooperation and assistance from the government and people of the United Kingdom spelled success for these operations.

The end of the Cold War with the former Soviet Union left in its wake many new military challenges, tensions and emerging conflicts. It also drew attention to the need for American military forces to operate in ways and locations outside the traditional NATO construct. The shift in East-West relations and the increasing focus toward Eastern Europe, the southern region and the Middle East led to a changing of the focus of Third Air Force as well.

In recent years, the U.S. Air Force has restructured itself to meet the emerging needs of the new world order, and stay at the forefront of airpower. While Third Air Force reduced its manpower by more than 40 percent, and the number of permanently based fighter aircraft by about 80 percent, the headquarters element for Third Air Force was also streamlined to reflect a shift in emphasis from management to operational command. Several Third Air Force units returned to the U.S., and several more were inactivated. Third Air Force returned many of its bases to the British Ministry of Defence, and scaled down operations at other places.

In March 1996, Headquarters USAFE announced a major reorganization of its numbered air forces. The announcement included news of the inactivation of 17th Air Force, currently based at Sembach AB, Germany, and the transfer of responsibility for overseeing all U.S. Air Force units north of the Alps to Third Air Force. .

In addition to a larger area of responsibility, the command reorganization also brought about a subtle change in the mission of the Third Air Force headquarters element. Third Air Force was tasked to take a more active role in the leadership of operational contingencies, and provide trained staff to lead or augment joint and combined task force headquarters elements.